HIV intervention focuses on high-risk behaviour groups such as sex workers, men who have sex with men and injectable drug users. As a result, the larger population, who are at risk of STI but do not fall under the high-risk categories, are not prioritised for prevention and treatment programmes. Although in some countries a concentrated effort has been made to target young men and women in prevention against HIV and STIs, the status of HIV/ AIDS prevention is mixed across the region.

National HIV prevalence among adults is highest in South-East Asia, with wide variation in epidemic trends between different countries. While the prevalence is declining in Cambodia, Myanmar and Thailand, HIV prevalence in Indonesia (especially in the Papua province), and Vietnam is on the rise. In South Asia, the epidemic is showing an increasing trend in Bhutan. Comparatively, Cambodia addresses the HIV/AIDS epidemic in a more comprehensive manner, and has made significant progress in bringing down the rates of HIV cases within its borders.

Stigma and discrimination, especially for vulnerable populations, hinders access to HIV treatment and care but few governments in the region have addressed this through laws, policies and awareness-raising. There is a need to expand the reach of awareness programmes, and make voluntary counselling and testing for HIV/AIDS widely available in the region. Access to Anti-retroviral therapy (ART) has improved in the region. However, gaps still exist and coverage of ART remains a challenge in many countries in the region. 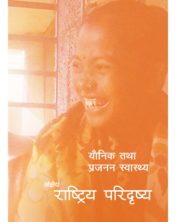